Let's Save A Beautiful Expanse of Sacred Land!! 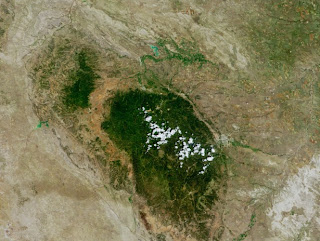 Right now, there are two campaigns on Indiegogo that are raising funds to preserve land that has historical resonance for lots of people. These campaigns are of similar size, in terms of their fundraising goals, and both are noble in their aims. One is still a month away from its deadline; the other is two days shy of the finish line.

This is where the differences start. One campaign has gotten lots of attention on social media sites, and has rapidly become a call to action amongst the geek elite. It's in the top results for Indiegogo campaigns. This is, of course, the effort to buy Tesla's lab building and its land. It has spread like wildfire, and the contributions are already stacking up--this campaign will succeed in its fundraising goals, and it will be a victory for people who long to see Tesla's lasting legacy properly recognised and protected in history.

The other campaign is the effort of the Lakota Sioux to buy 2,000 acres of their sacred land in the Black Hills, to ensure that they will still be able to access it for ceremonial purposes. For years, the land has been owned by a family who have allowed the Lakota access. Now, it will likely be sold for "development", and a major road will cut through it.

While I've read a number of articles on the tragedy of this land's imminent sale, almost none of them had prominent links to the IndieGoGo campaign where the Lakota group is fundraising. I had to dig to find it myself, and since then I've been trying to share it as widely as I can. There are two days left to contribute to the fundraising effort, going on here:

This is a big deal. And it is a goal that is totally possible to reach. It's just much trickier to get the Lakota campaign as much attention as the Tesla one has gotten. As a Tesla geek myself, I can understand why his fundraising has caught on so fast.

And yet--surely the preservation of the sacred lands of an entire nation should be an even more worthy cause to support? It is equally as doable. The story of a charismatic lone wolf is able to inspire action--surely the heritage of a people, and the protection of a rich environment and historical site, should be at least as inspiring.

Both of these stories are about righting historical injustices, to the extent that we can in the present. However, one of these stories is still alive, in the children of a nation who deserve to live in a world where their cultural heritage is worth saving.

In one of the updates on the campaign, the organiser shares her feelings on the sale of the land:

"When someone asked me today, how would I feel if Pe’ Sla were to be bought by a developer, and destroyed, or paved with a road…. I couldn’t talk for awhile – I couldn’t speak – there was a pain in my chest, and I cried….the person on the phone thought I had hung up 'Hello, hello'. 'Yes, I am here.' How I would feel? How would you feel if your whole way of life was threatened? If a place that was holy and mysterious was covered up by a parking lot? Bethlehem was an amusement park?"

Posted by Kimberly Mackoy at 13:19